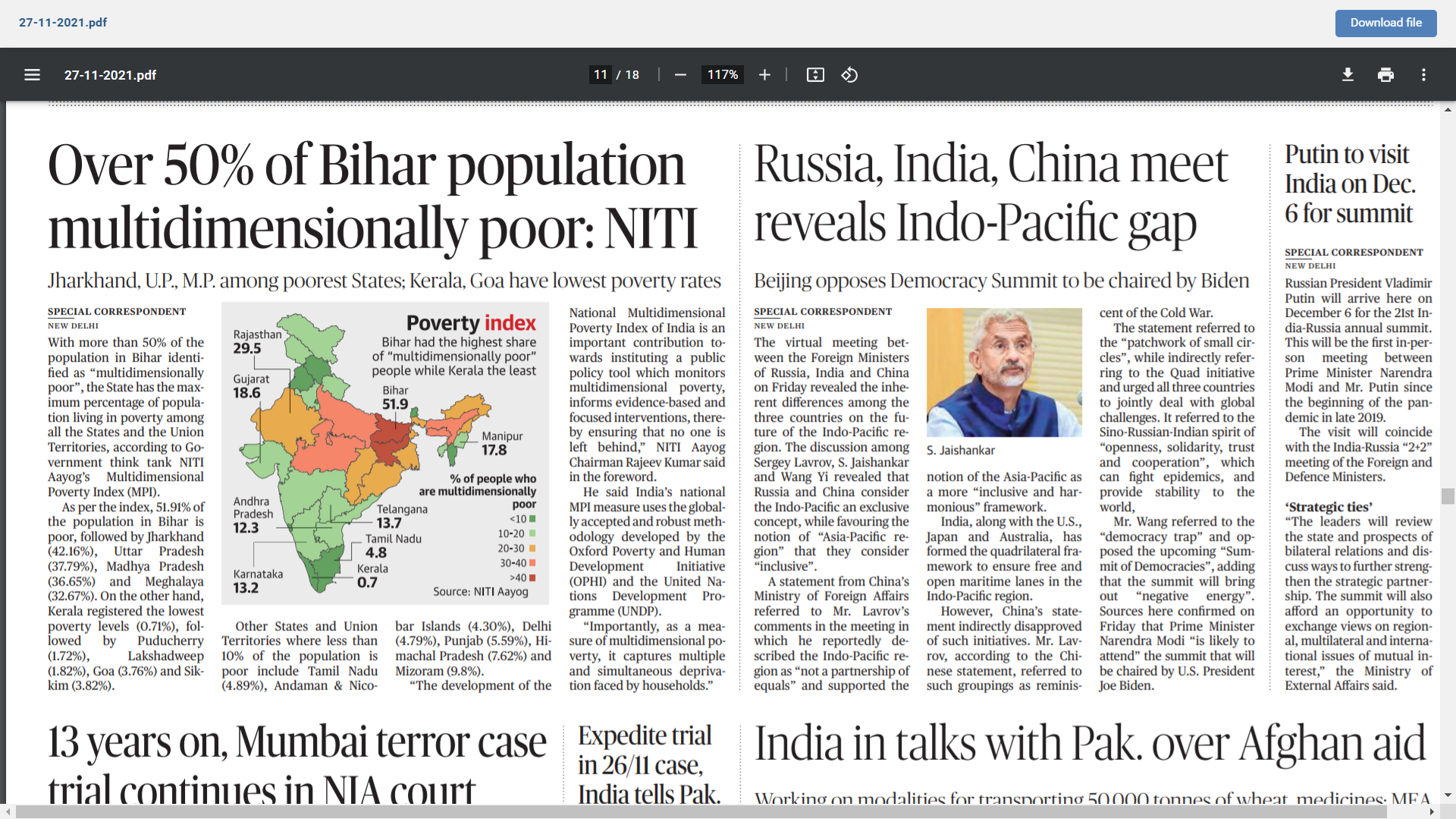 Poverty Among Ethnic and Racial Groupings:

MPI is made up of three dimensions and ten indicators, which are as follows: