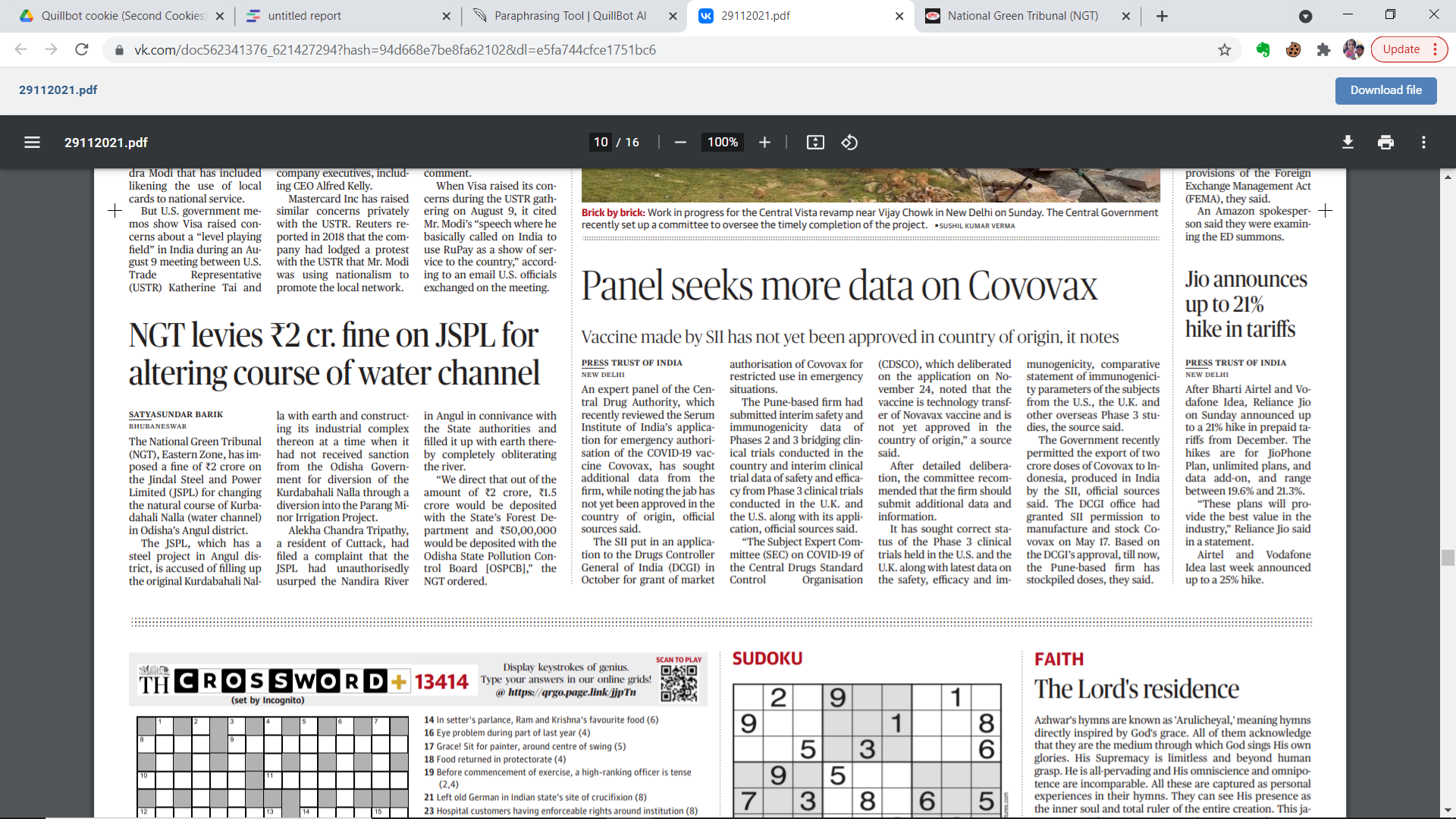 What is the purpose of the National Green Tribunal (NGT):