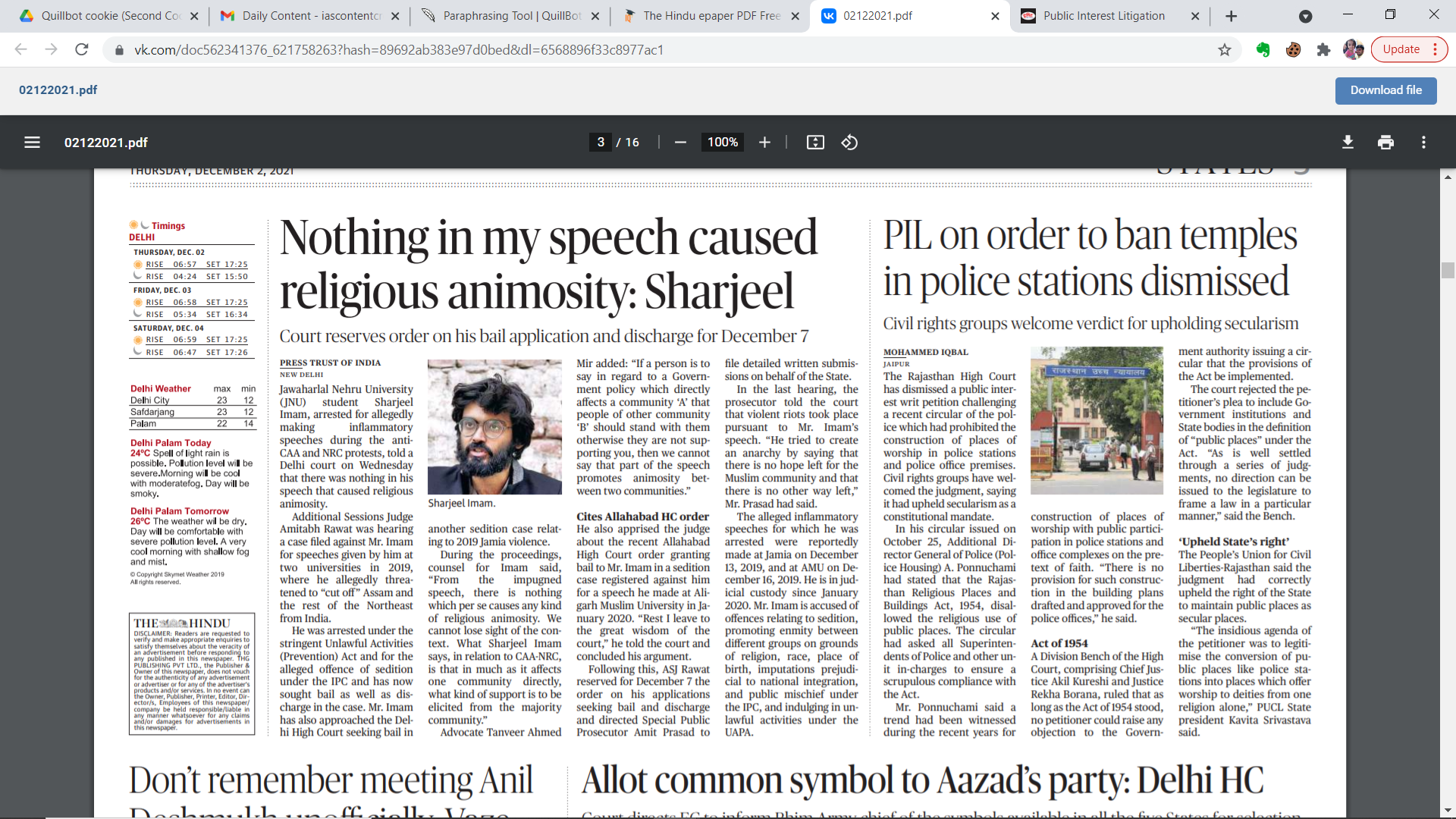 The following are some of the issues that are considered in PILs:

Some Landmark Judgements in the History of PIL in India:

Factors Affecting the Development of PIL in India:

Who Can File a PIL and Against Whom:

The Importance of PIL: