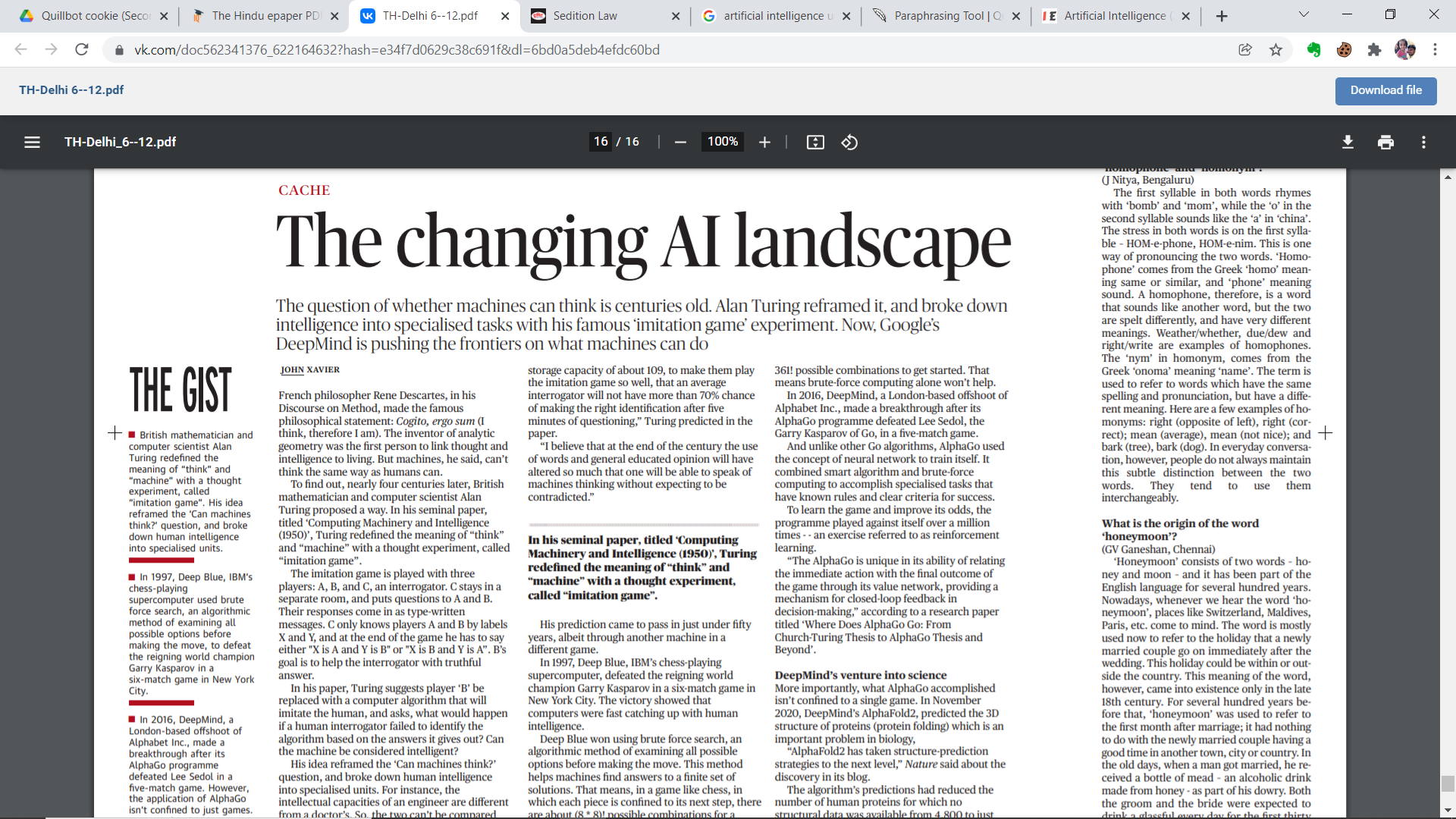 What is Artificial Intelligence (AI) and how does it work:

What is the distinction between Deep Learning and Machine Learning:

What applications/benefits does Artificial Intelligence (AI) have:

What are some of the AI's drawbacks:

What is the current state of AI adoption globally:

What are the potential applications of AI in Indian conditions:

What policies does the Indian government have in place to foster AI:

What should be done: