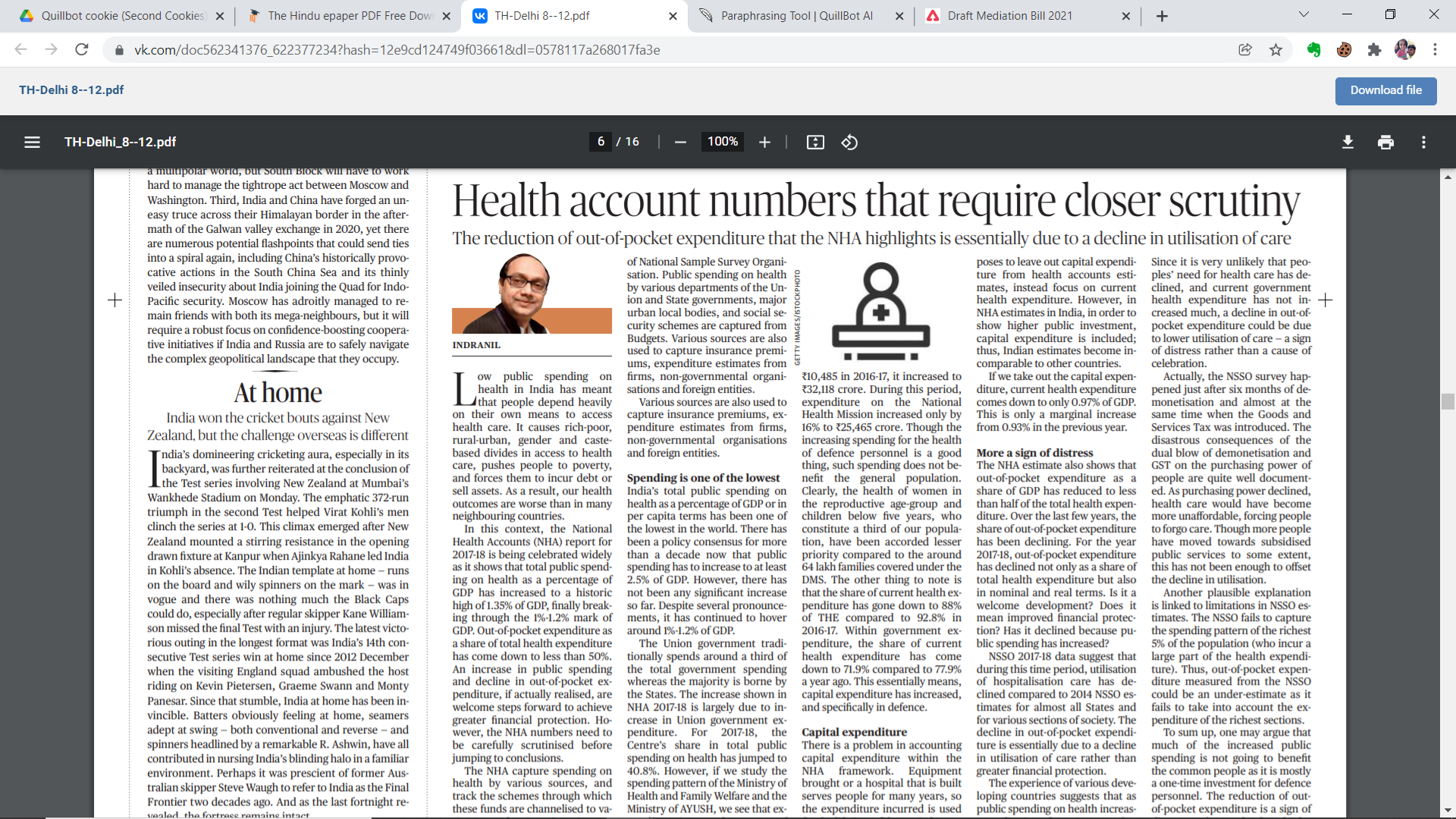 World Bank data on the state of India's health infrastructure:

The COVID-19 outbreak prompted an examination of India's healthcare system:

Healthcare in India is on the verge of a digital transformation:

The following are the reasons and causes for this:

The following measures are required to improve the country's current status of health infrastructure:

Regulation of the Private Sector:

Prescriptions of the NITI Aayog: