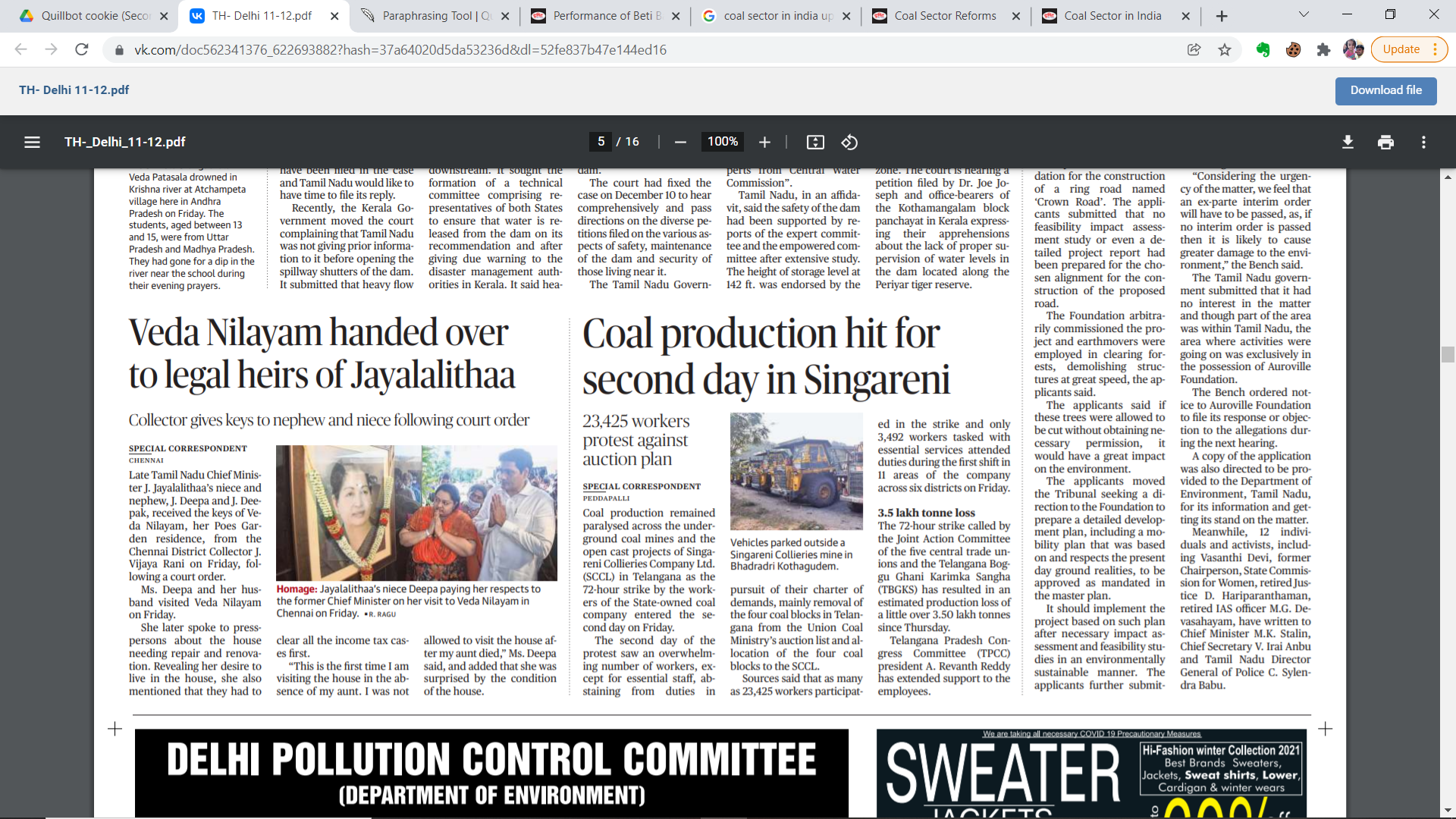 Production of Coal in India:

The following are the details of coal and product imports, such as coke, for the last six years:

Resources are classified into different categories as follows:

It can be categorised into three categories based on their carbon content:

What is the state of India's coal industry:

The terrible state of the coal sector can be attributed to the following factors:

Initiatives by the government:

Reforms in the Coal Sector:

Benefits Expected out of this: