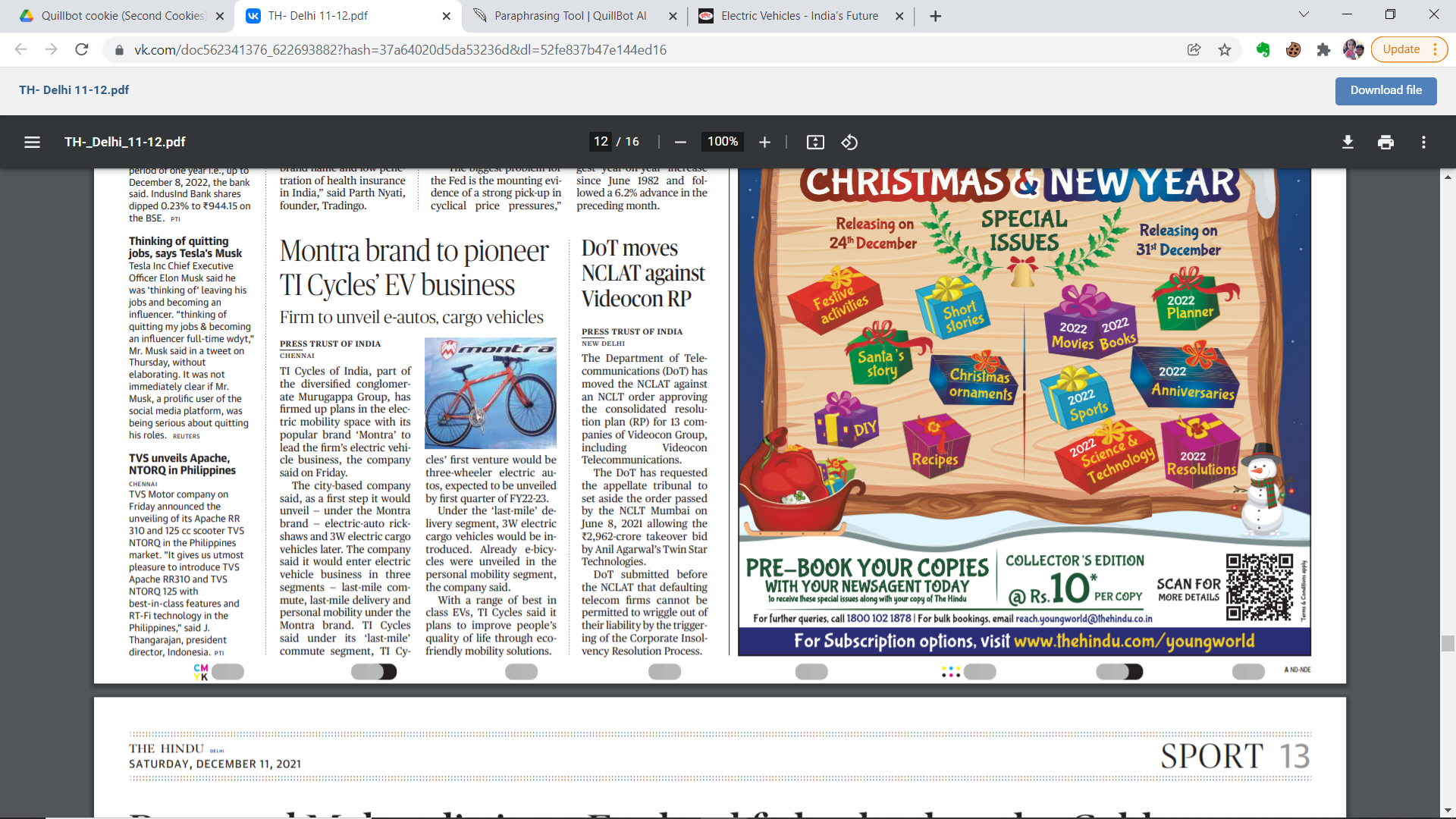 Electric Vehicles and India's Origins, as well as their Expanding Scope: