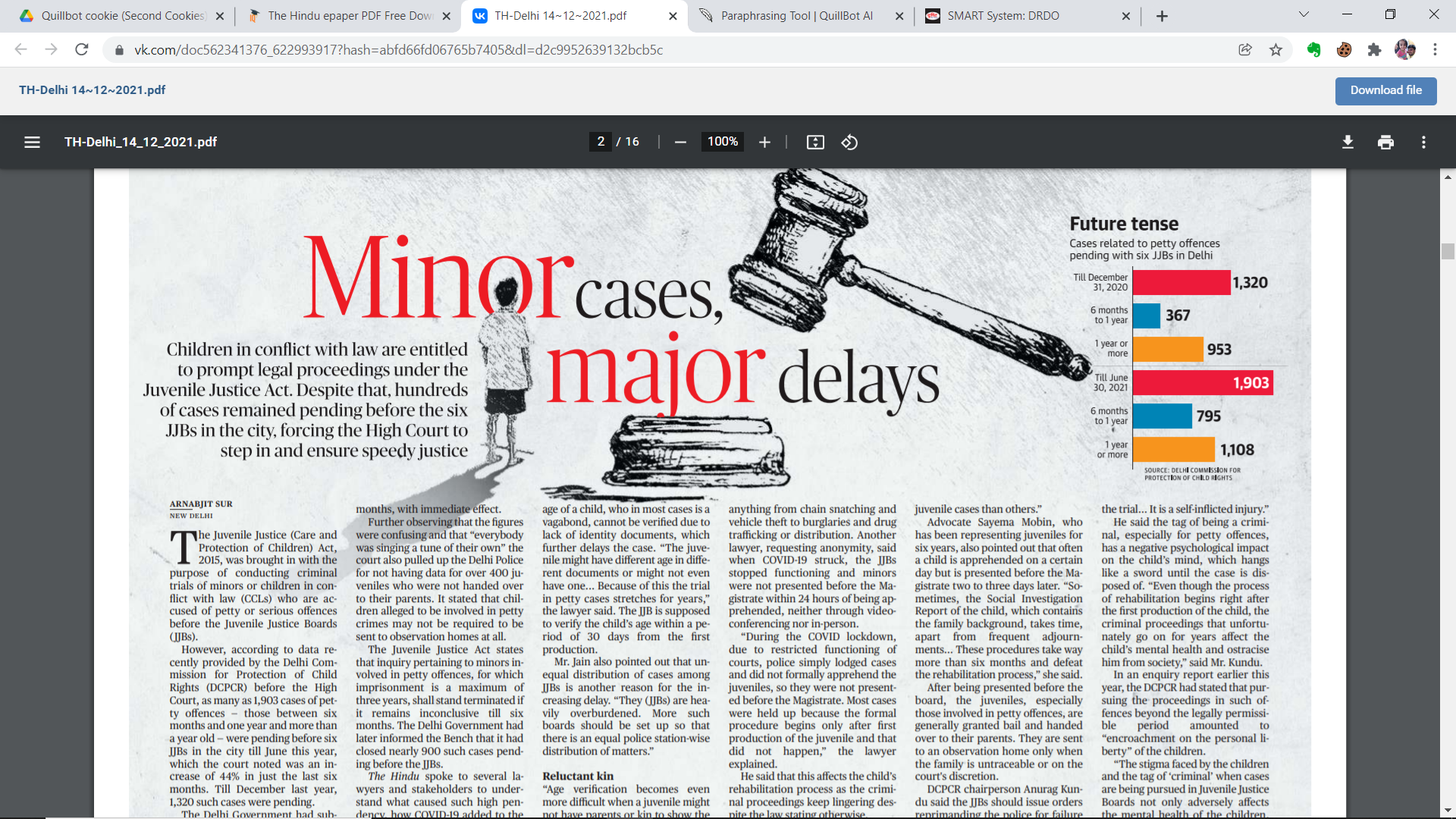 Why is it in the news:

The Need for a Change:

The following are the key amendments proposed by the bill:

Juvenile Justice (Care and Protection of Children) Act of 2015:

Special Provisions for 16-18-year-olds include:

The JJ Board must have the following constitution: