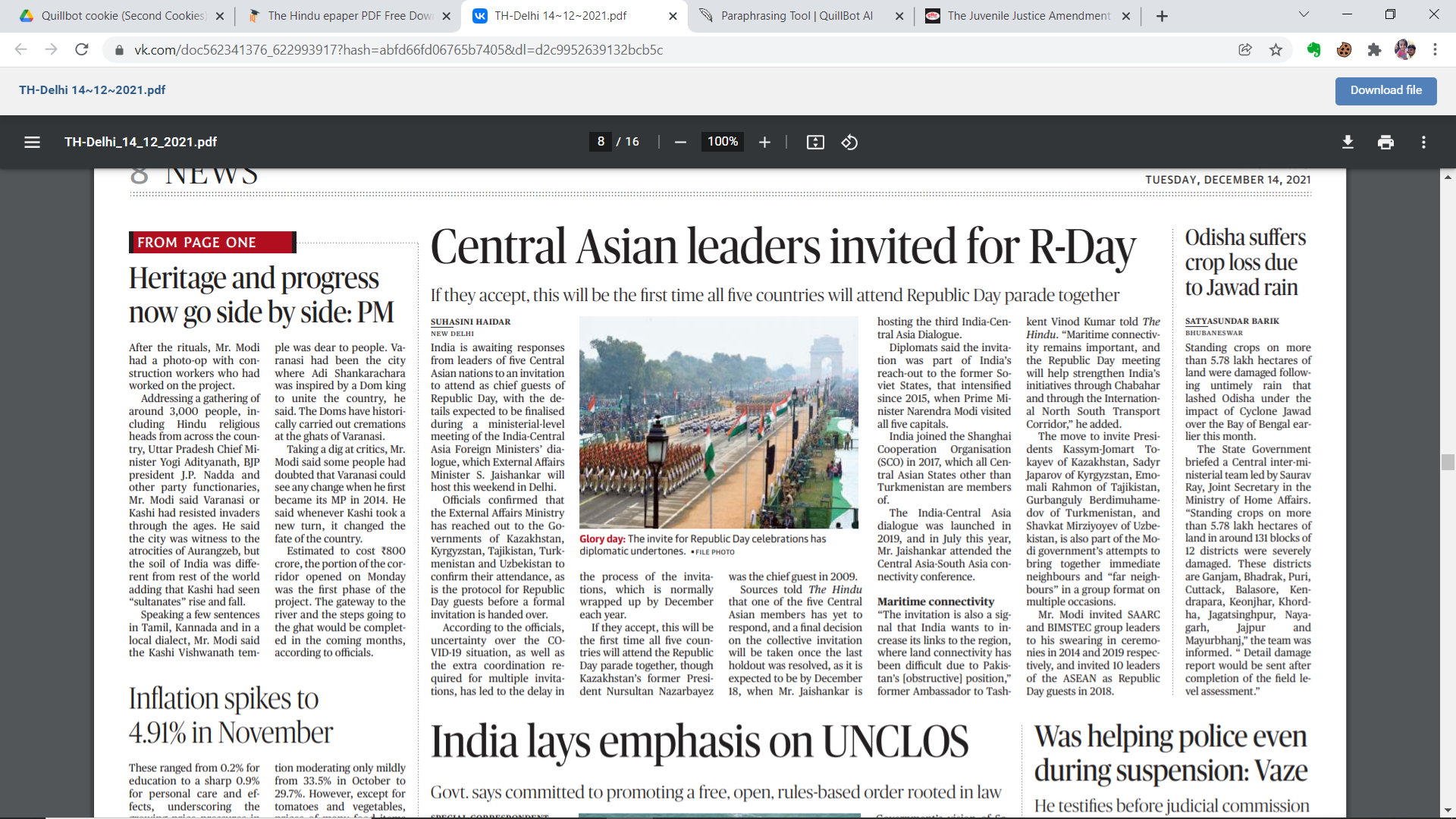 The importance of Central Asia:

India's challenges include the following:

India's connection with the area effort: