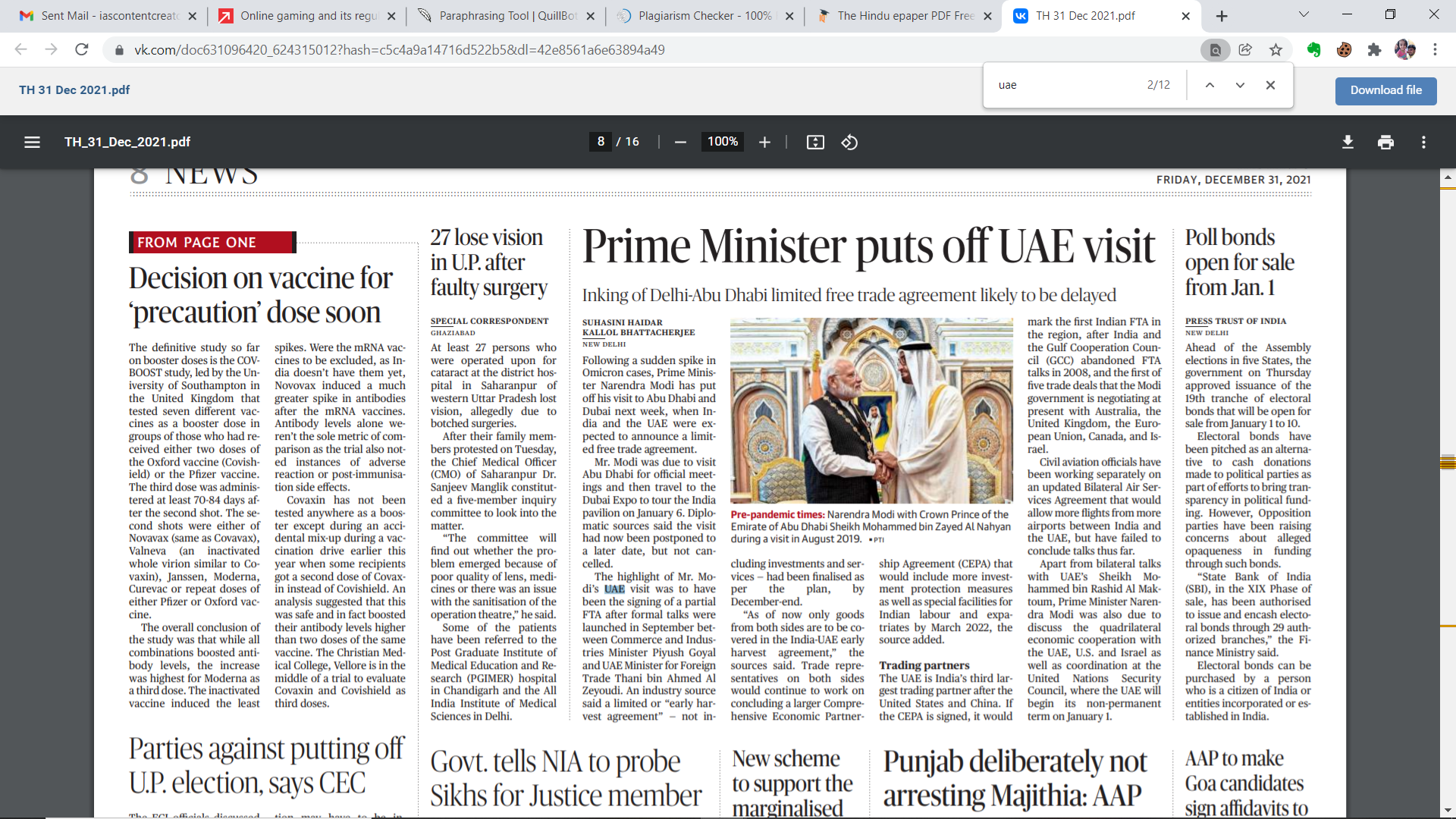 Relations between the two countries:

The UAE's inclination toward India is due to the following factors:

Cooperation in Security and Defence Sector: