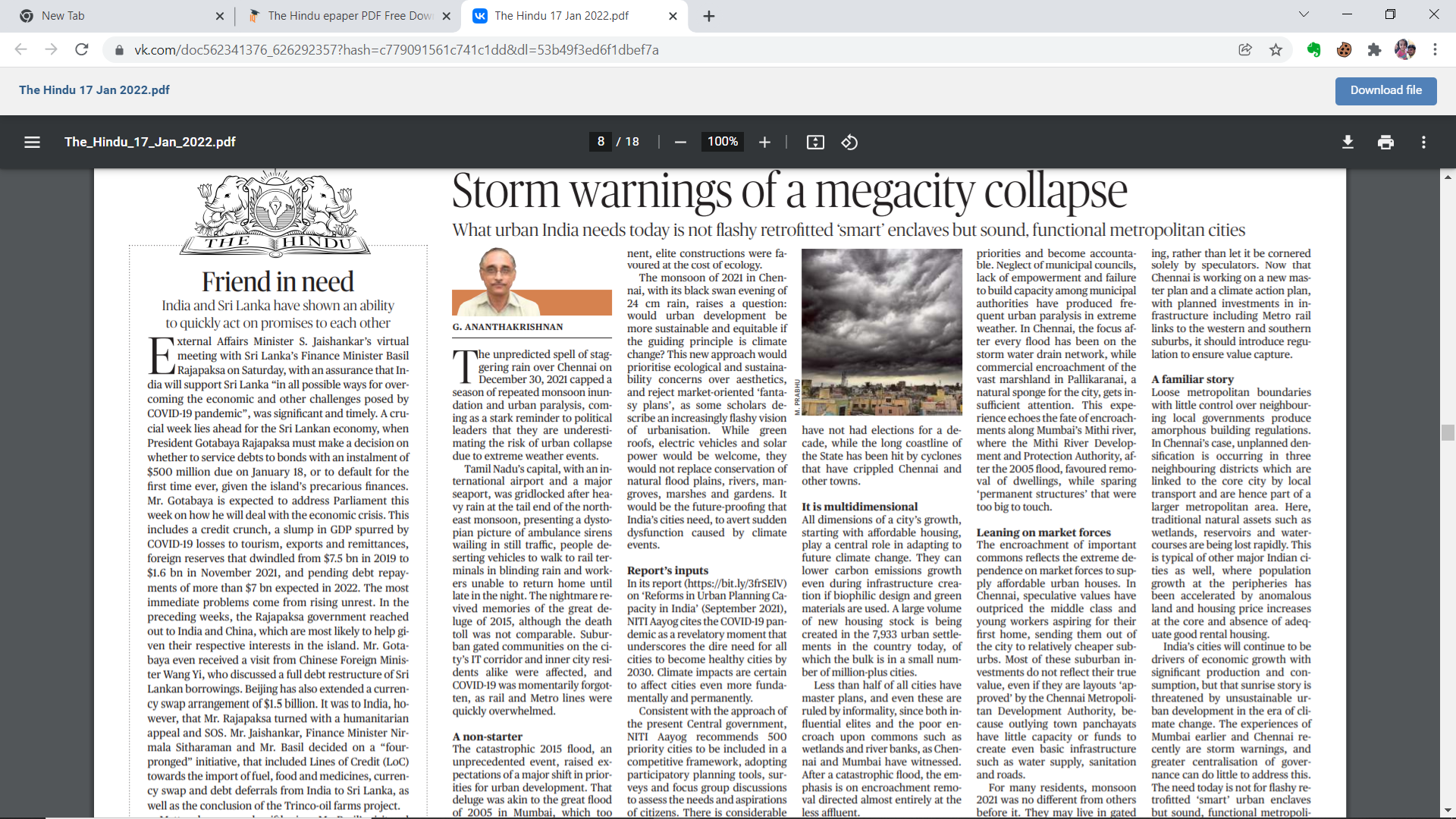 Useful for UPSC CSE Prelims and Mains (GS Paper I)

Cyclones in the Tropics:

The following are favourable conditions for tropical storm creation and intensification:

Tropical cyclones can be classified into three stages throughout their development:

Tropical Cyclone Terminology Around the World:

There are four different kinds of fronts:

Cyclones are related with three elements that inflict destruction during their occurrence. These are the following:

The Control of Cyclones:

Disturbance in the West: