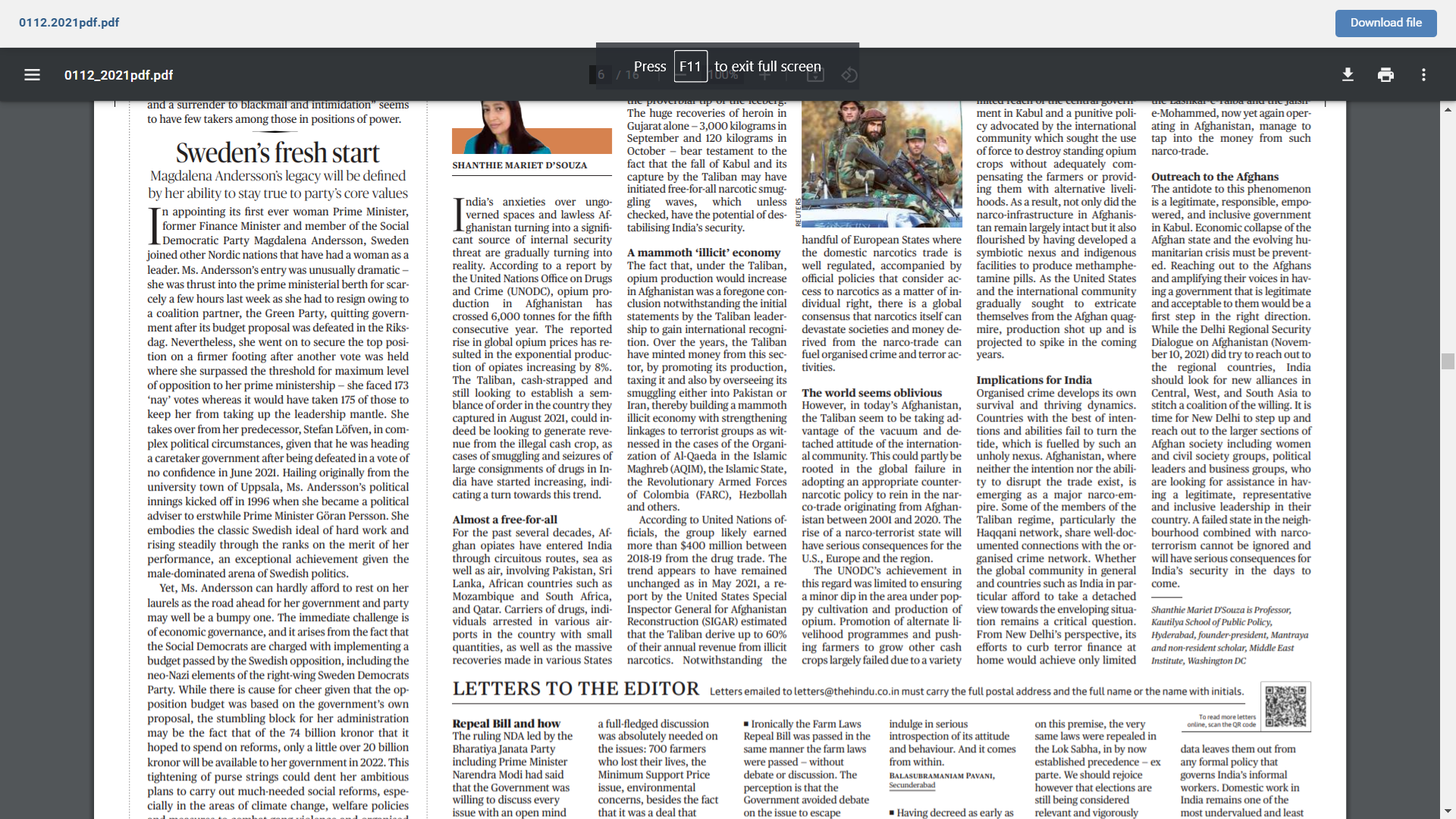 Based on a News Article published in the ‘The Hindu’

The Summit's Highlights include:

Relations between India and Sweden:

The India-Nordic Summit is the first of its kind: