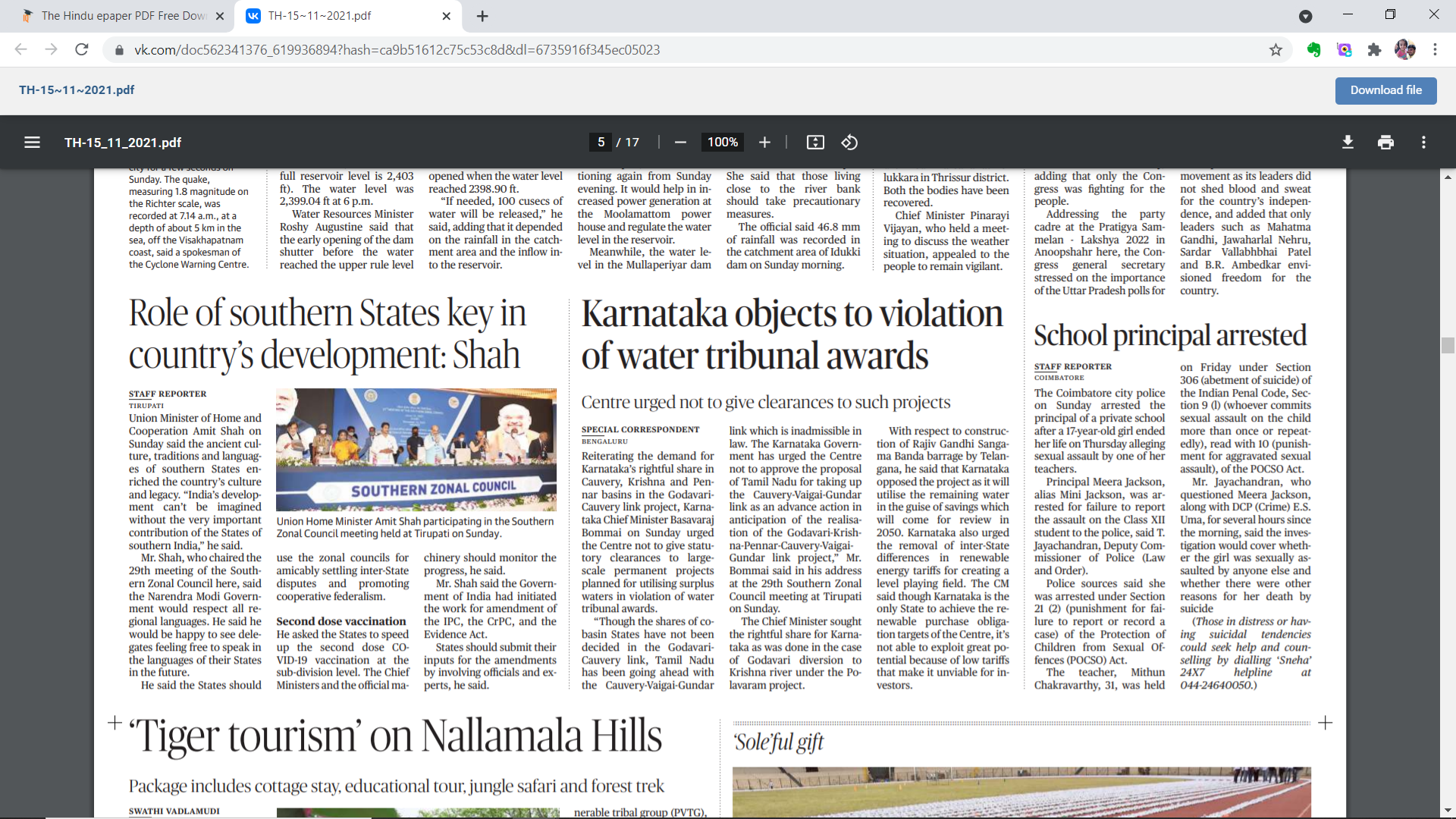 Reasons why Inter-State River Water Disputes Act, 1956 was not successful: