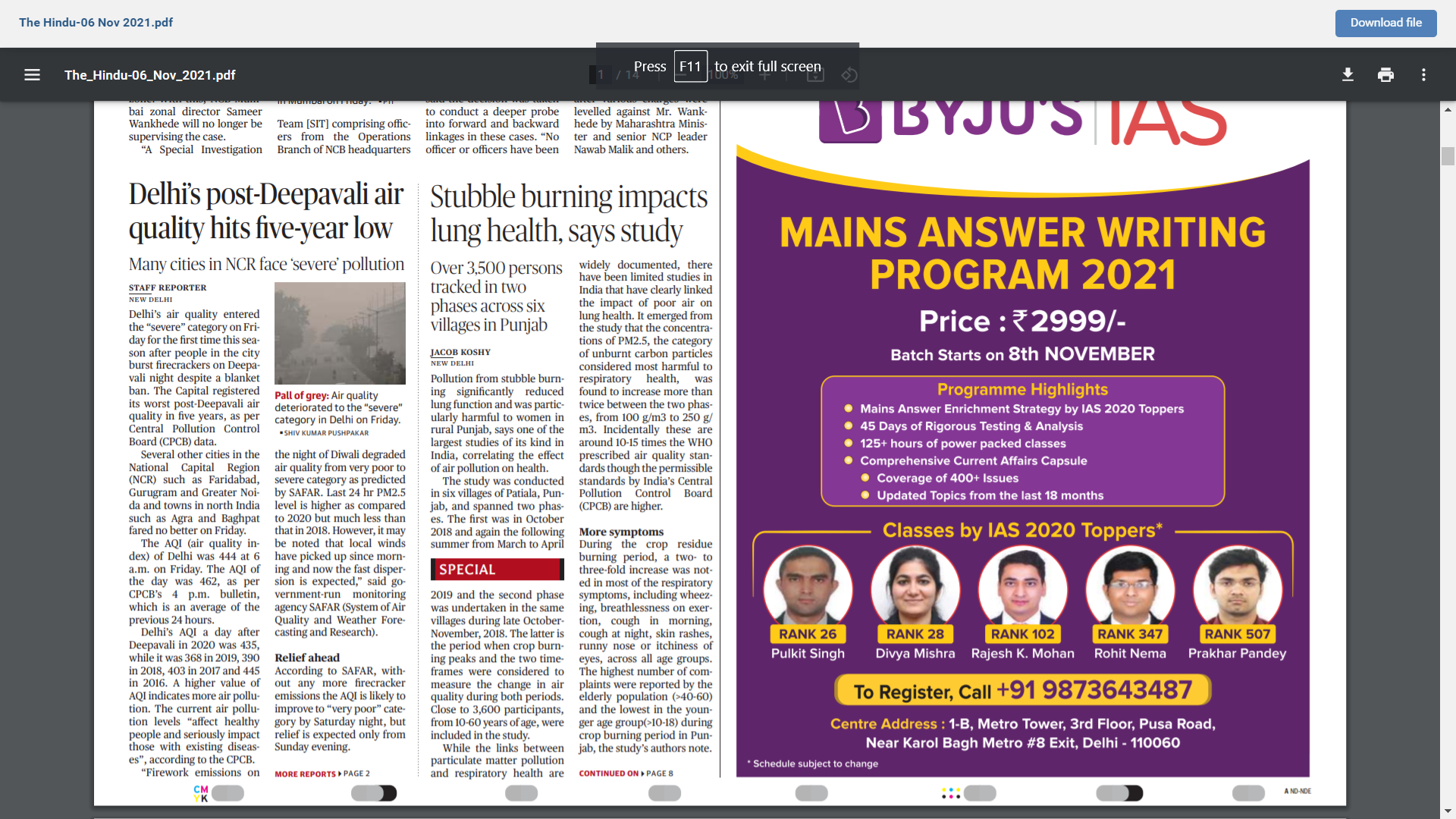 Based on a News Article published in the ‘The Hindu’

What is Stubble Burning:

What is Stubble Burning:

Why do farmers burn stubble:

Stubble burning has been practiced by farmers from all over the world although many governments have prohibited the practice in various degrees.

What are the negative effects of stubble burning: