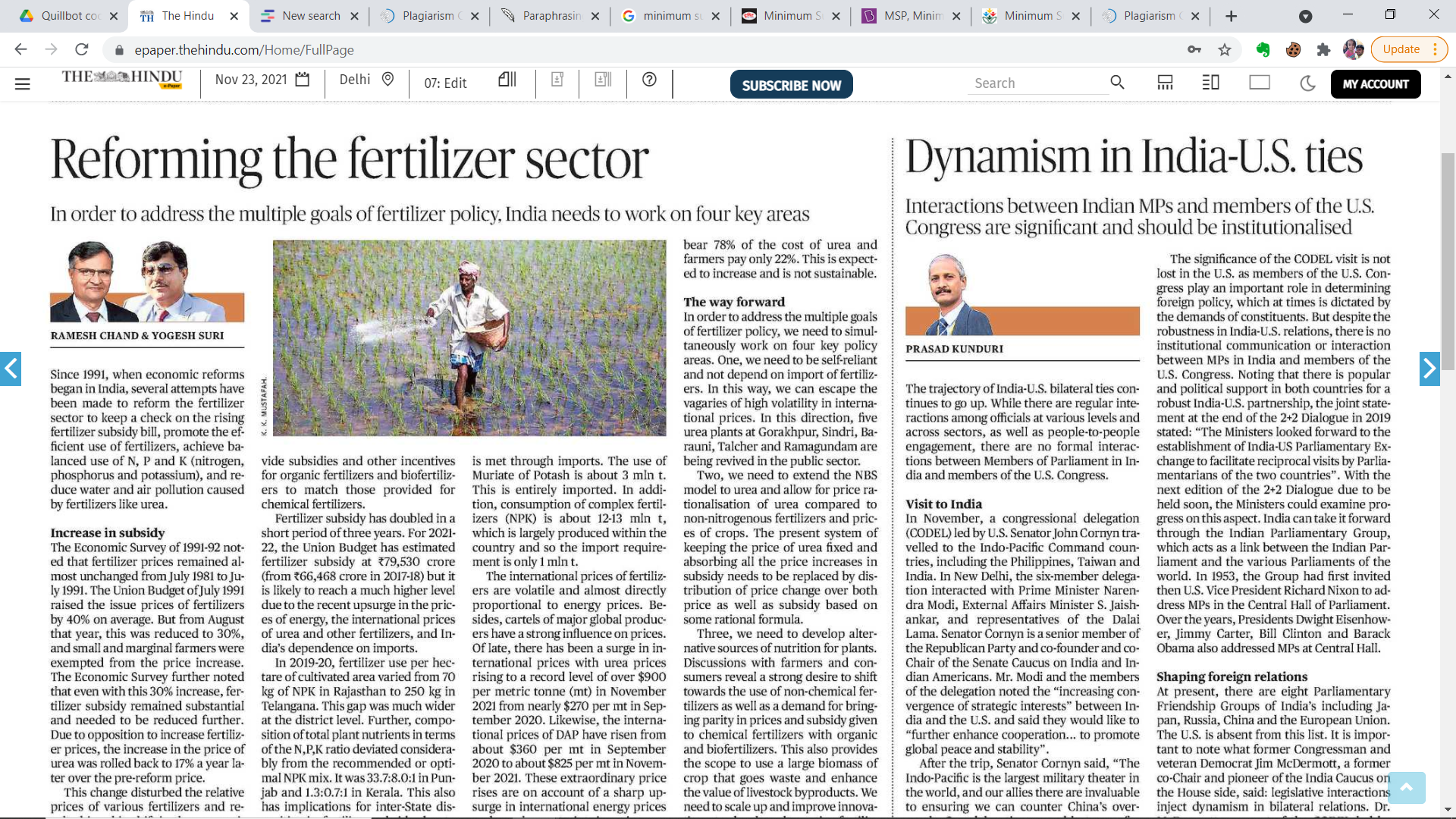 Mechanism for Urea Production and Pricing:

Government’s Initiatives in this regard: