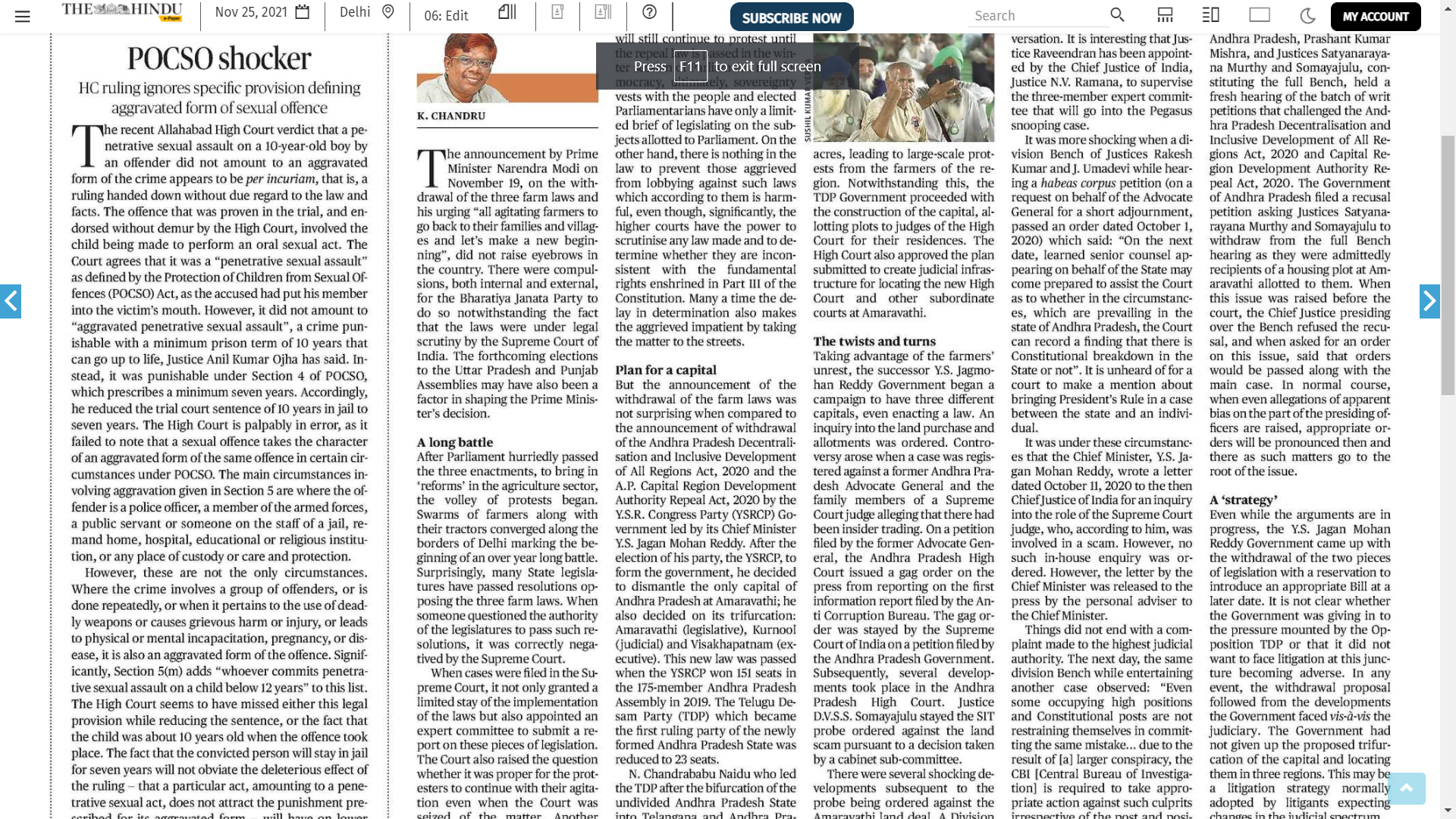 The 2012 Protection of Children from Sexual Offenses Act entails the following:

What was the motivation behind the POCSO Act's enactment:

What is the POCSO Act's significance:

What are the obstacles associated with the POCSO Act:

Tags : sexual offence, United Nations Convention on the Rights of the Child